Burgers, Beer, and VR: the 8th annual ME218 Alumni BBQ

We had another fantastic turnout this year for the ME218 Alumni BBQ!  With about 150 attendees, it was a great chance to connect with old classmates and recent grads. We reminisced about our times in Stanford’s SPDL and caught up on everything we’ve been working on since.

For me, it’s been a long time (10+ years, yikes!) since the days of building autonomous robots that shoot nerf balls or navigate tape lines. Talking with some recent grads from the class of 2015 evoked the thrill of finding that critical firmware bug or getting that IR detection filter working just right. It reminded me of a time I spent 10 hours in the lab on a Saturday and enjoyed every minute of it. That is where my passion for working on embedded systems began, and it is great to see that same fire in the eyes of the next generation of 218ers.

This year we handed out commemorative pint glasses for the occasion. Everyone had a chance to customize their glass with a laser-etched message using our laser cutter. The glasses were a bit more appealing once filled with beer from the keg or an equally tasty non-alcoholic beverage. 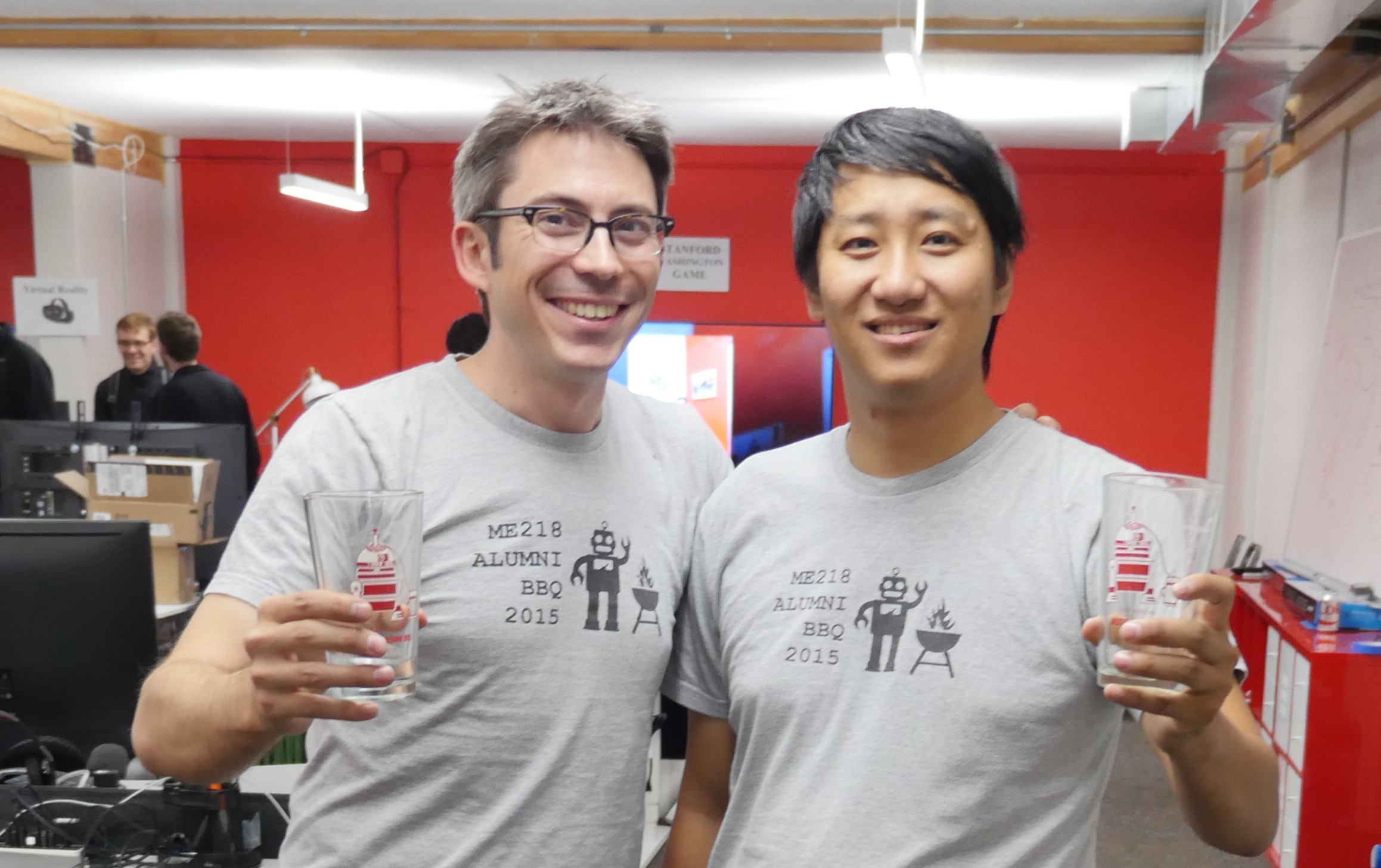 In addition to burgers, beer, and bot talk, many gathered around to watch the Stanford vs. UW football game, then immediately tried to forget it…final score: Stanford 6, Washington 44. Luckily we could distract ourselves by trying out the latest virtual reality platforms.

219 has been spending a bit of time these days experimenting with the Vive, Oculus, and Hololens platforms, and it was great to see the reactions of users experiencing these immersive technologies for the first time. With the Vive headset and headphones on, it was easy to forget there was a party going on around you. For those observing, it was entertaining to watch the reactions as the VR testers shot zombies, avoided Storm Trooper fire, or drew in 3D. 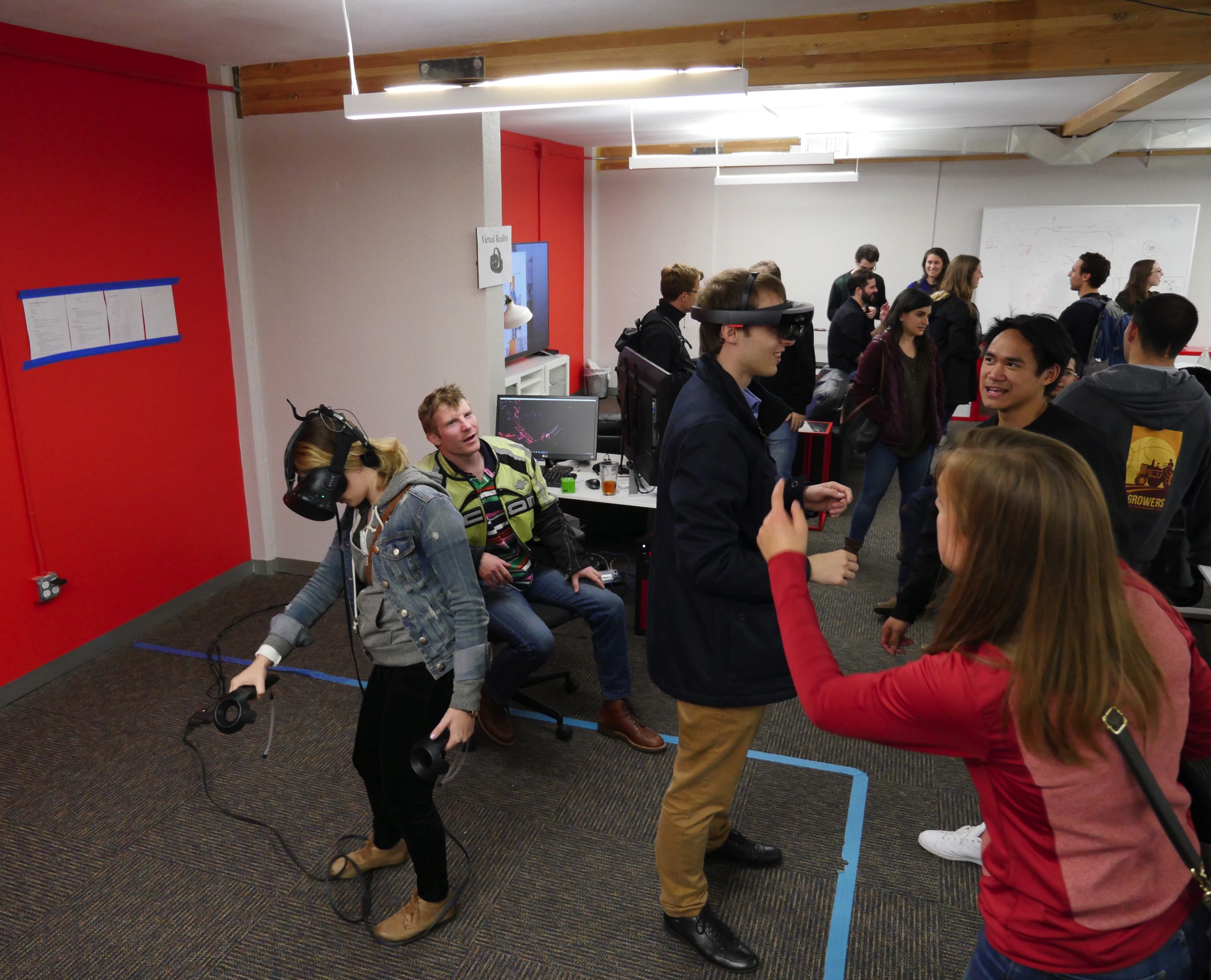 It was a great night! Thanks to all who showed up, including Prof. Ed Carryer, the ME218 legend himself.  We’re all looking forward to next year!